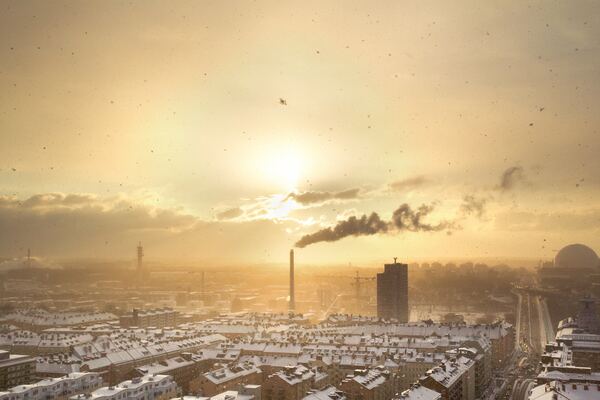 What has happened since 2008?
There have some important changes since “The Health Effects of Waste Incinerators” was last published in 2008. There are now have nearly twice as many incinerators (energy from waste plants) in operation compared to a decade ago (44 as compared to 23) with another 18 under construction. In addition, a much higher proportion of waste is being burned compared to then (38.5% as against 11%). In London, both the concentration of incinerators and the percentage of waste burned is much higher (70 to 80%).It is hard to understand why this has been allowed in an area where levels of air pollution is already above limits. Paradoxically the amount of waste suitable for incineration has been reduced by about 20% during this time. This means we should need fewer incinerators and suggests that large amounts of recyclable waste are being burned.

Because councils are typically locked into 25 year contracts and have to find enough waste to burn, the predictable outcome is that more recyclable material will be incinerated and most likely, we will need to import waste to keep incinerators operative. We will not only be breathing in more of our own waste but will be breathing in other people’s waste as well. This makes no sense.

There are two main concerns about incinerators. There is air pollution. Incinerators don’t get rid of waste they simply fill the sky with waste, broken down into particulates. Our waste becomes part of our environment and then our bodies. However there is another serious risk from incinerators and that is the production of fly ash (air pollution residue).

Fly-Ash
Large quantities of highly toxic residue remains after burning, containing heavy metals and dioxins and currently this is being put into hazardous landfill sites. Better controls in incinerators have paradoxically resulted in more toxic fly ash. Over time this highly toxic material leaches into the soil and eventually leaches into water tables. This means we are leaving our grandchildren and their descendants a toxic legacy, forcing them to clean up millions of tons of highly poisonous material from the earth and giving them the near impossible task of cleaning up the water-table. It is a solution that no responsible person could entertain.

However a solution does exist. The best incinerators have built-in vitrification plants or use wet chemistry techniques to neutralise the fly ash. These plants are being used by the Japanese who quickly realized the lunacy of storing fly ash in landfill sites that inevitably cause long-term and irreversible environmental damage.

Pollutants released through the Stack
Our report drew attention to the dangers of start-up and shut-down which released large amounts of dioxins and other pollutants. I am pleased to say there have been big improvements in this area. Auxiliary burners which use clean fuel, reach the high temperatures needed to avoid these large releases. Continuous monitoring has also helped. Credit to the manufacturers here is deserved.

However other problems remain. Attempts to lower nitrogen dioxide, a lesser pollutant, using selective non-catalytic reduction (SNCR) which involves injecting ammonia into the flue has ironically made incinerators more dangerous. Some of this ammonia makes its way out of the stack reacting with gases coming out of the stack to form secondary particulates, a far more serious pollutant. As these form outside the stack they are not monitored. These secondary particulates are of the most hazardous type (PM2.5 and below) and increase particulate pollution. Even small increases in particulates are known to increase mortality rates making health effects inevitable.

Other serious problems exists. Several major incinerators still burn radioactive waste (alpha and beta emitting radiation). These have a short range of radioactivity (millimetres for alpha and centimetres for beta) and are safe whilst stored but lethal once incinerated. Millions of highly carcinogenic radioactive particulates are released from these incinerators, any of which could end up in the lungs or organs of someone living in the vicinity. Inside the body they have massive destructive capability, acting as a potent carcinogen. This is an appalling scenario. It is gambling with people’s lives and is highly irresponsible. Some of the worst offenders are hospital incinerators.

Another major problem in big cities is the high concentrations of incinerators within already polluted areas. It seems to me that regulators have come to the opinion, that if high levels of pollution already exist, then adding some extra toxicity hardly matters. But it does. It kills people, as mortality studies on particulates only too clearly show.

Another issue is the complete absence of epidemiological studies being undertaken to assess the safety of incinerators and the lack of monitoring around them. (Monitoring in the stack following the Waste Incinerator Directive of 2002 did have a major impact in reducing the danger of incinerators).

A Major Concern for the Future
All incinerators are now working at full capacity. Because of this plans are being drawn up to convert poor quality combustion facilities such as power stations into waste-burning plants.These do not have the auxiliary burner systems and other safety devices now required by modern incinerators and the output from these facilities will be more dangerous. They use what is misleadingly called waste-exempt fuel which is, in fact, fuel derived from waste. Equally misleading is the fact that the nature of these facilities is being kept quiet. Most people remain unaware that these are substandard incinerators lacking in basic protective features. These plants typically do not need planning permission because they have been converted from pre-existing facilities.

How Should we get Rid of Waste
Our report favoured recycling wherever possible. This is not happening. The report also favoured plasma and ash-melting gasification plants and those using the Thermoselect Process rather than incinerators. These remain the safest method of waste disposal where waste does need to be burned. Unfortunately plasma gasification units built in the UK have had major design faults and have not delivered in terms of reducing risk. They have proved to be no safer than incinerators. This has been a disappointment and a lost opportunity.

Summary
In summary too much waste is being burned and much of this could be recycled. However high quality incinerators with built-in vitrification units (and without ammonia reduction technologies) could resolve many of the problems associated with incinerators. Sadly the best incinerators are not being used, even though the cost-saving, in terms of health and the environment, would vastly outweigh the additional cost of building them.  All the lessons we have learned over the years about the dangers from incineration have been quietly disregarded and plans are being drawn up to use poor-quality combustion facilities to burn waste rather than using the safest incinerators (and I take this to mean incinerators with built-in vitrification units).

Attempts by the government and Environment Agency to assure people that there are no health effects from incinerators fly in the face of all the available evidence. Incinerators are adding to toxicity to our air, our land and, over time, to our water tables. This is neglecting our responsibilities to the public and to future generations.

The Environment Agency is here to protect the environment and to protect our health from environmental hazards. Most people would expect them to be actively taking steps to improve the worsening air quality, given the well-recognised dangers of particulate pollution. Few will understand why they are allowing so many incinerators to be built, why they are not prohibiting their use in areas where air pollution is already high and why they are not using the safest and very best methods of incineration that are now available.