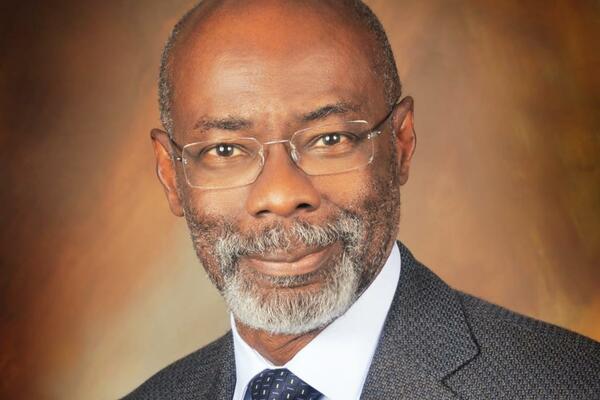 Dr Rodney O.C. Adeniyi-Jones, who died unexpectedly on 2nd May 2020, was a wise, long-standing and much-treasured member of the BSEM. He was born in Nigeria on 12th October  1949, and graduated from the Royal College of Surgeons in Ireland in 1975, gaining membership of the Royal College of Physicians in the UK in 1978. He initially specialised in Endocrinology, and then trained in every imaginable aspect of both Functional and Alternative Medicine. Since 1987 he had been seeing and healing people from all around the world. His sudden death is a great loss to us all.

Rodney was a superb clinician, and a remarkably kind and intelligent human being. It was always a delight to see him, and I cannot recall a meeting with him at which I did not learn something useful and fascinating about helping patients. He was an erudite teacher, always with an impressive grasp of the latest complex medical science. His presentations to the BSEM were inspiring.

I was lucky enough to have the opportunity to watch him in action: he was thorough and conscientious in his clinical work, constantly researching, thinking with great clarity and explaining everything, never forgetting the person in front of him. His work was truly holistic. He was a shining light, and will be terribly missed by his patients and colleagues alike.

More tributes from other BSEM colleagues below:

From BSEM president, Damien Downing:
The BSEM has lost a gentle, brilliant, pioneering physician in Rodney Adeniyi-Jones. Our hearts go out to his family, for whom the loss can only be made worse by these difficult times. The Society will endeavour to honour him when such things become possible again.

From BSEM secretary, Franziska Meuschel:
Rodney was one of the first doctors I met here in the UK, almost 18 years ago at The Diagnostic Clinic, where he was so helpful and supportive. Always having a smile on his face and this spark in his eyes. He had a broader, international training and knowledge than anybody else I have met here and yet so humble and always eager to share and teach. We were lucky enough to have him in our midst. Rodney, you will be missed, and I know, I still owe you one for the last training day... !

From Dee Marshall:
I remember being struck by his gentleness, compassion and depth of character, and he was always so polite and dapper and respectful to everyone. I certainly valued his level of knowledge and the generosity with which he shared it; we all did. He will certainly be missed.

From Charles Forsyth:
Rodney, dear Rodney ... He was my first appraiser in 2004, he was in the IDF group, and then I knew him through the BSEM trainings and meetings and later through his occasional attendance at our EcoMed group.  He was such a lovely man, such a gentleman, so kind, steady and thoughtful, intelligent and broad minded. He came across as very grounded and was naturally someone you respected and trusted. Whenever I think of him over all these years, it would be with a great sense of affection and a warm glow inside me, accompanied by an irrepressible smile.  For me he was one of those rare people who lights you up inside when you meet him or think of him - it was always such a pleasure.  He was also one of the very few of us that practiced kinesiology, which appealed to my more ‘wacky’ side. Oh goodness, what a blow it is losing him so totally unexpectedly. I can't really believe it.

From Shideh Pouria:
Rodney was the last person in our circle of colleagues I thought would pass on so soon. He was a picture of vivacity, joy and health. The brilliant spark in his eyes matched his sharp intellect, both complementing his warm-hearted, caring attitude to all who were in his presence. My first memory of Rodney was meeting him at a BSEM training day and he approached me and my husband with such alacrity and warmth, I thought we must know him. But that was just Rodney through and through: always welcoming and kind to strangers and friends alike. He was an exceptionally able clinician, with an unrivaled breadth and depth of knowledge, yet always humble and willing to listen to all points of view. His practice was deeply steeped in both the scientific and spiritual. Rodney, we shall miss your presence, and yet your life and work will continue to inspire us forever.

From Roderick Lane:
I met Rodney first when he was transitioning out of the NHS into private practice nearly 40 years ago, when he was a dashing young man, always dressed immaculately. The ladies used to swoon in his presence but he was totally immune to their charms. We first met on courses run by Dr Jack Levenson and Harry Howe, not long after which he met Buki, and I recall watching him walk in with her, star-struck and in love, like an intelligent, intellectual Labrador puppy.
At the time, Rodney’s primary interest was in the treatment of cancer. We both attended kinesiology courses and studied psycho-kinesiology together, which was the precursor to EFT. He considered kinesiology to be a form of applied intuition, and he was brilliant at it. His compassion and ability to focus on patients’ needs were remarkable. He was deeply connected to his clients and those around him.
For the following 40 years we worked together on challenging cases, sharing a considerable number of experiences and patients. He was witness to how I transitioned from type 1 to type 2 diabetes over a 3-year period and then to losing the diagnosis all together. He was unique as one of the very few pioneering doctors at the time who recognised adrenal fatigue as a real and primary insufficiency. He believed the patients’ symptoms, not the tests, which often were deemed normal by others. The last time we met he was happy and glowing with pride in his children. Apart from the fact that I will miss him greatly, I will always remember his smile, his frown when he was pensive and his compassion for all in difficulty; an open, enquiring, dedicated spark with a great heart. You will be missed, Rodney!

From Lucille Leader and Geoffrey Leader:
We have known Rodney since the late 90’s, professionally and personally.
Nature’s gentleman, kindly and truly Hippocratic in his attitude to patients, colleagues and their families. An early pioneer in biochemical and molecular approaches to medicine, he did stalwart work with chronically ill patients, including ours.
His accomplishments with EDTA chelation therapy were experienced by our patients whom we referred to him ... and, closer to home, with our elderly relatives. One, an 90 year old lady who could barely walk due to impaired circulation, caused a sensation when seen striding along a beachfront!
Rodney was most efficient in his intravenous technique. In all the years we did not see any punctured veins in our patients! As Geoffrey, an anaesthetist, expressed it: “Rodney had a great feeling for the tissue with which he worked.”
As an author, Rodney wrote an excellent chapter about applied EDTA techniques in the multidisciplinary book “Parkinson’s Disease- the Way Forward!” (Denor Press) as a result of knowing that impaired circulation affects absorption of L-dopa into the brain. His collaboration with the editors was exemplary.
Rodney was quick to graciously advise colleagues.  On one of many occasions, we discussed the plight of one of our family in hospital who needed TPN feeding.   However, the hospital could not provide the specialised nutrients that we knew were of importance. Rodney kindly gave us all the imported nutrients necessary, refusing payment for them. He truly followed the principles of Hippocrates.
Rodney enjoyed a special relationship with his wife, Buki, who collaborated with him in his clinic, and he was very proud of his son, who is an accomplished artist.

You can find more tributes from Rodney’s family and friends, and learn more about his life, on the “Everloved” website:
https://everloved.com/life-of/rodney-adeniyi-jones/memories/?flow=204